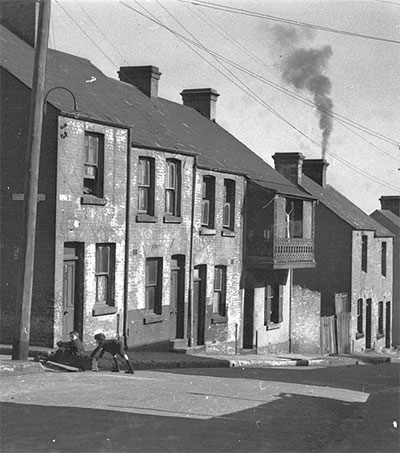 New Zealand-born author Ruth Park’s novel, The Harp in the South caused an uproar in 1948 for its portrayal of working-class life. Now, the Sydney Theatre Company has turned it into an epic stage production.

Australian playwright and actress Kate Mulvany has adapted Harp, its prequel, Missus, and sequel, Poor Man’s Orange, for the production. A cast of 18 actors is accompanied by an original musical score and more than 200 costumes across a six-part, two-hour play.

The Surry Hills of the late 1940s and early 1950s in Park’s telling is full of generations of immigrants forging their own community among tenements, churches, brothels, grocers and fried fish shops, of slums long cleared or gentrified.

Park’s observations of Australia’s treatment of women, of class, the country’s national identity and casual racism all resonate more than 70 years after The Harp in the South won the Sydney Morning Herald novel-writing competition in 1946.

First published as a newspaper serial, then as a novel in 1948, Harp was greeted by what Park called an “uproar” and “hideous clamour” by Sydneysiders who denied the city even had slums, or that its inhabitants were worth writing about.

Park’s series “looks at everything with a glint in its eye and a wry smile”, Mulvany says. “The glow comes from her love of her community: the languages and the smells and the diversity that surrounded her. It’s funny. But it’s very dark, and I think people were just horrified that a woman was out there going, ‘This what I’ve seen; this is what I’ve lived’.

“Because she did live it. It’s an autobiographical piece. She is a woman who told the truth, which is why it is so apt for now. But people laid into her for all the truth-telling about abortions and brothel madams and corrupt priests and gay nuns. I think it’s fantastic she went there.”

The Harp in the South: Part One and Two are showing at Sydney Theatre Company until 8 October.

Photo by State Library of NSW.

Tags: Guardian (The)  Ruth Park  Sydney Theatre Company  The Harp in the South