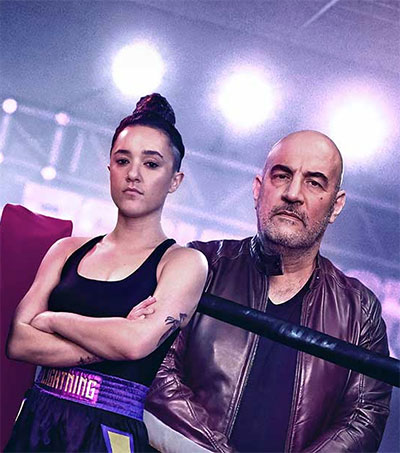 Keisha Castle-Hughes Gets into the Ring

New Zealander Keisha Castle-Hughes, 28, has packed a bit in since she travelled to Australia to promote the breakout 2002 New Zealand film Whale Rider, alongside director Niki Caro. Her latest role is in the new Australian drama On The Ropes. Castle-Hughes plays Jess O’Connor, a hard-nosed but aspiring boxer taken in by the Iraqi-Australian community in Sydney.

She stars opposite Romper Stomper’s Nicole Chamoun (in a rare example of two female leads in an Australian show) and both roles required heavy hits of emotion and physicality from the actors.

Asked why she wanted to join the series, Castle-Hughes says, “It has a unique perspective on a bunch of people that I know, people I’ve met throughout my life, first-generation and second-generation immigrants.”

She contends their stories aren’t seen often enough on TV, and particularly from their perspective. “And then there’s the added element of it being a very female-driven story, which was the drawcard for me.

“You don’t realise how necessary it is or how important it is to have people who look like you onscreen,” says Castle-Hughes. (She was born to a Polynesian mother in Western Australia and moved to New Zealand when she was four.)

Tags: Daily Telegraph (The)  Keisha Castle-Hughes  On The Ropes