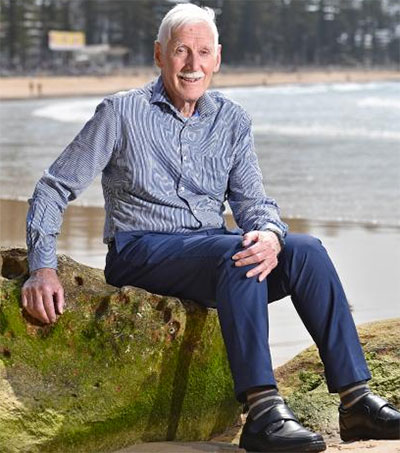 At the age of 82, New Zealand-born Wilf Deck is embarking on a new career as a counsellor and life coach in Australia, where he splits his time between Dee Why and Norah Head on the Central Coast.

Deck, a former engineer, reckons he has an advantage over most in the industry in that he is “older and wiser”.

The sprightly octogenarian said he was better placed than many to offer advice and guidance after living through many challenging moments in his life. These include the loss of his 21-year-old daughter in a car crash, two divorces and a drinking problem.

“I’ve gone through some hard times but I have learnt how to get through the other side,” Deck said. “Although, the death of my daughter is something I will never get over and nor would I want to.

“If it still hurts it means I’ve still got a connection with her. I still cry.”

Deck, who is a triathlete and swims with the Bold & Beautiful Swim Squad, said he also hoped to inspire and advise older people on how to make the most of their lives as they aged.

“I realised I was taking care of my ageing carcass but not working the brain,” he said. “That’s why I decided to go to university and become a counsellor. My experiences of loss and recovery combined with my recent study of the latest science make for a powerful combination.”