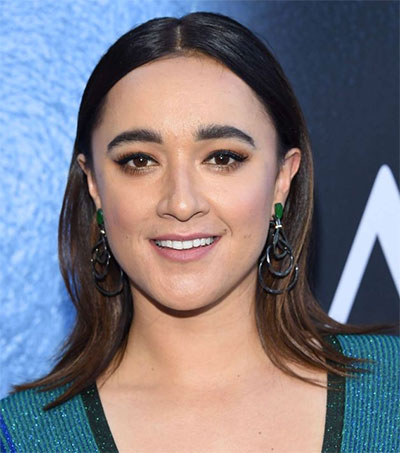 She shot to fame as the fierce warrior Obara Sand on Game Of Thrones. But New Zealander Keisha-Castle Hughes, 28, will now flex her acting muscles in a different kind of drama, when she stars as a boxer in a “sexy, gritty” four-part TV show called, The Ropes.

She plays hard-nosed fighter Jess O’Connor, who fights in a professional debut match thanks to her Iraqi-Australian trainer Amirah (Chamoun).

It’s a change from her last role as warrior Obara Sand in the fifth, sixth, and seventh seasons of Game Of Thrones.

Castle-Hughes played the eldest of eight bastard daughters of Oberyn Martell and was trained on how to wield a spear for the role.

“I was really lucky. I’m half Māori and so I’ve worked a lot in my life with a taiaha which is a Māori weapon very similar to the spear,” she told Variety in 2015.

“So it wasn’t completely foreign to me to have that in my hand, which was really nice.”