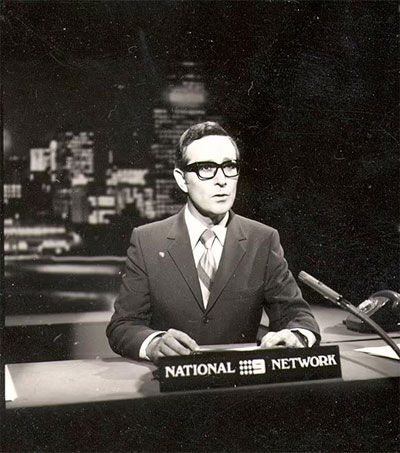 Karl Stefanovic announced the news live on the Today show, describing Henderson as an “absolute legend, gentleman and total professional”.

“Brian was a much-loved member of the Nine family, hosting the Sydney weeknight news from 1957 until his retirement in 2002, becoming Australia’s longest-serving news presenter,” Stefanovic said.

Henderson also hosted the popular Australian version of music show Bandstand from 1958 to 1972, which launched the careers of artists such as Peter Allen and the Bee Gees.

He won two Gold Logies during his career, the first in 1968 as the host of Bandstand.

Henderson received his second in 2013, when he became the 30th member of the TV Week Logies Hall of Fame.

Peter Costello, chairman of Nine, said in a statement: “Brian Henderson was the best of the best, he was iconic. The ultimate professional and the trusted face of television news for generations of Australians.”

Henderson began his career in New Zealand for 4ZB when he was 16 years old, initially as a copywriter, before becoming the country’s youngest DJ.