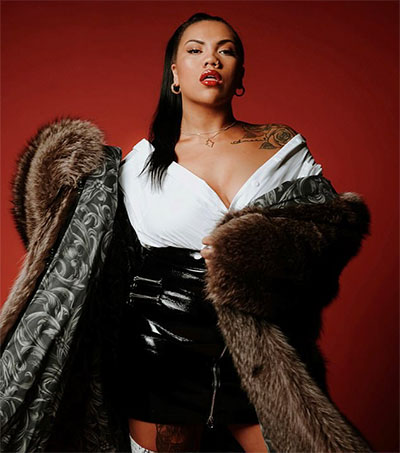 World Famous Parris Goebel On Her Trip to the Top

She’s made her mark as a fierce and unstoppable choreographer but it’s New Zealander Parris Goebel’s work ethic and ability to overcome barriers that has allowed her to emerge as a true icon. Fiona Connor interviews the dance icon for Daily Mail Australia.

By no accident, the humble 26-year-old today stands exactly where she wants to be – on the receiving end of telephone calls from some of the world’s biggest artists requesting her input into their creative projects.

But it took tenacity, a gift for dance and the ongoing support from her family to make her dreams come true and now she’s dedicated to inspiring others.

“There were so many barriers that were put in front of me growing up, even just being in New Zealand,” Goebel told Daily Mail Australia.

“It hasn’t been an overnight success. I’ve been working towards this for ten years now.”

She’s the youngest of four children to dad Brett – who acts also as her manager – and mum LeeAnn, who raised their children in a loving home which always had the music blaring.

A nod from Jennifer Lopez kick-started her whirlwind journey full of working alongside superstar A-listers, travelling the world and rubbing shoulders with Hollywood’s elite while showcasing her ability to create a seamless dance routine with an energy and power others only dare to replicate.

Goebel grabbed the world’s attention after putting together and appearing in the captivating routine for Justin Bieber’s Sorry video clip, which has now been viewed more than 2.9 billion times.

She has made considerable efforts to pave a pathway for those to follow in her footsteps of worldwide success, with the help of her two sisters, Kendal Collins and Narelle Ngaluafe.

“We’ve started an organisation called Sisters United and we were inspired because we’ve seen so many young Maori and Pacific Island girls who are talented with so much potential but no opportunity to grow their self-esteem or their confidence.”