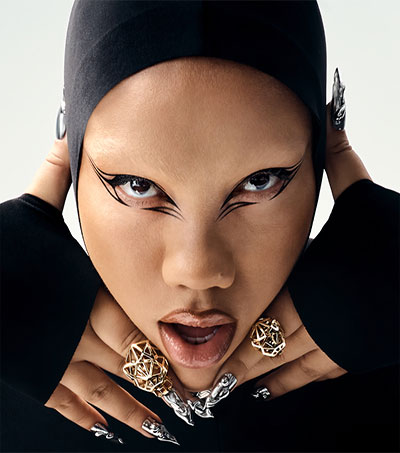 From Justin Bieber to Rihanna, the entertainment industry’s elite all want to work with Parris Goebel, Grace O’Neill writes for Harper’s Bazaar Australia. The New Zealand-born choreographer seems to be at the height of her creative powers, but really, she’s just getting started.

Rihanna’s Savage x Fenty lingerie shows – of which Goebel has been a choreographer and creative collaborator since day one – draw millions of viewers each year. This year, Goebel won an Emmy for her work on the third instalment, and the fourth is about to air as we speak.

“It’s such an invigorating and empowering experience,” Goebel explains.

For a young Parris growing up in Auckland, the idea that she would end up working with her childhood idols felt anything but inevitable.

Goebel is gearing up to direct her first feature film and has ambitions to direct a musical and TV projects. Each will have some connection to dance, which Goebel calls her “soul source of life support”.