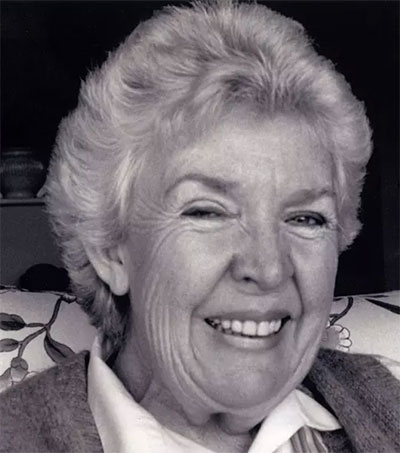 “My first publishing negotiation for Ruth Park was conducted in 1971, in Angus and Robertson’s rabbit warren of offices in Lower George Street. Ruth was already a distinguished writer,” Park’s longtime literary agent Tim Curnow writes in an article featured in The Sydney Morning Herald.

“Over the decades a very strong friendship developed between us. We were both expatriate New Zealanders who arrived in Sydney in our 20s to pursue our professional careers, Ruth as a journalist and myself initially as a book publisher and soon a literary agent. Though we had both married Australians, Ruth and I felt a very strong affinity with those green islands across the Tasman and, as the years passed, some nostalgia,” Curnow writes.

“‘We’re islanders’, Ruth often said to me – and that was true in the sense that we both needed to be close to the shore, to see the blue Pacific sky and sea. Both of us felt claustrophobic away from the coast.

“The Harp in the South, [was] written entirely in New Zealand and airmailed to Sydney before the closing date [of the Herald’s first literary competition], with the winner announced in December [1946] after she and [husband] D’Arcy [Niland] returned [to Australia]. It was serialised in the paper during January 1947.

“The content of the novel met with huge controversy. The paper was swamped with letters from angry readers claiming that Sydney did not have any slums and these stories and families should not be written about, especially by a young 20-something New Zealander.

“I miss Ruth, the talk, the wee drams – times that I treasure. I feel certain that she would have embraced the forthcoming theatrical adaptation of her Harp trilogy, a bold new venture in three dimensions with movement, colour and sound that will introduce a whole new generation to the Darcy family, characters who display the finest of human traits: tolerance, resilience, charity, humour, and laughter throughout all the ups and downs.”

The Sydney Theatre Company’s production of Park’s The Harp in the South: Part One and Part Two runs from 16 August to 6 October.