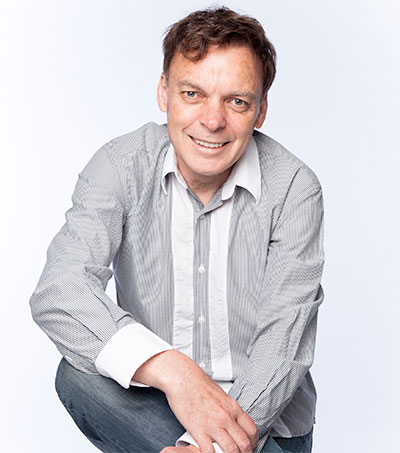 Author of hit novel The Rosie Project, New Zealand-born Graeme Simsion, 58, says he envisages a third novel with an uncontracted fourth novel on the drawing board.

The book, about an eccentric man in want of a wife, and its sequel, The Rosie Effect, have sat at the top of worldwide bestseller lists for months, with the screen rights optioned to Sony Pictures Entertainment back in April.

Simsion, who counts Bill Gates as a fan, shares the little-known secret of what prompted him to write a second Rosie novel.

“It was unexpected for me. I had absolutely decided I was not going to write a sequel,” he says.

“I am a believer that romantic comedies in general shouldn’t have sequels, we finish with the little conceit that everybody lives happily ever after and we don’t venture into that territory that those of us who have been in relationships know, which is of course that life continues challenging.”

The Rosie Project has old 1,500,000 copies worldwide. It will be available in the United States from 30 December.

Simsion, a former data modeller and IT consultancy manager, is based in Melbourne.