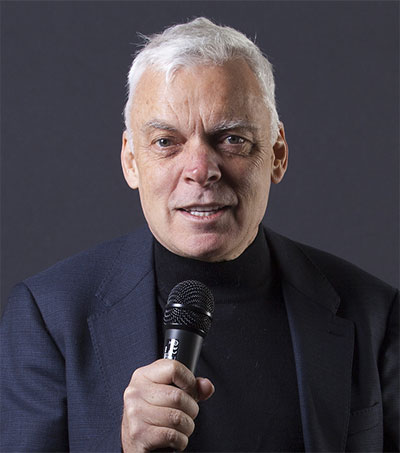 Auckland-born IT consultant-turned-author Graeme Simsion’s mega-successful Rosie books have sold almost five million copies in 40-plus countries since The Rosie Project in 2013.

Readers fell in love with genetics professor Don Tillman who developed a 16-page survey to find the perfect wife.

With tech industry giant Bill Gates among the books’ biggest fans, was the pressure to land the third and final instalment, The Rosie Result, overwhelming?

En route to sign piles of the new book, 62-year-old Melbourne-based Simsion tells The New Daily that it was – but for a very different reason.

“I felt quite a lot of pressure about getting the autism stuff right, because in the first two books, we skirted around the issue, but in this one, we’re confronting it head on,” he said.

Centred on the challenges facing now-married Don and Rosie’s son, Hudson, who demonstrates many of his father’s socially awkward traits and isn’t fitting in at school, autism is raised as a very real possibility.

The books have been embraced by the autistic community, to whom Simsion dedicates this latest, loving look at a family contending with their son’s unique outlook and how others react to that difference.

“Being a father is being a father, whether your child is autistic or not,” Simsion says. “You’ve got to face this question: how much do we seek to mould them, and how much should we let them be themselves?”