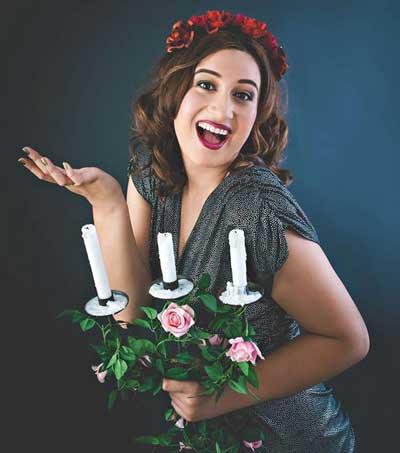 “We have all, at some stage, thought about our own funeral. But it is probably not something to dwell on. Unless, of course, you’re Rose Matafeo, in which case you construct a step-by-step guide to ensure your final farewell is as tumultuous as possible. And then, you call it a comedy show,” writes Rupert Hawksley for The Telegraph.

The New Zealander’s comedy show about death “is spilling over with life,” he writes.

Matafeo who was nominated for the Best Newcomer award at this year’s Melbourne International Comedy Festival “has fashioned something special, a bulging bag of pick’n’mix that explodes, scattering sugary delights, the moment Matafeo arrives on stage.”

Even when Matafeo is being deliberately chaotic the show never loses focus, according to Hawksley.

“It simply rattles along at breakneck speed, spinning you this way and that, towards its carefully orchestrated, giddy conclusion,” he writes.

“From the reference points to the props and the music, the whole thing feels as fresh and invigorating as an ice-cold bottle of Steinlager. This debut solo show is one of the undoubted highlights of the Fringe.”