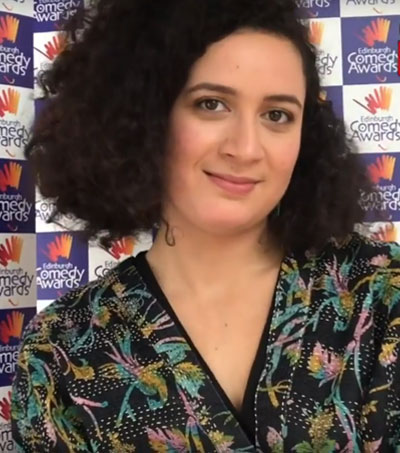 Rose Matafeo on “Being Called the Voice Of Millennials”

“When Rose Matafeo won the Edinburgh Comedy Award for Best Show at the Edinburgh Festival in August the acclaim was widespread. The director of the awards, Nica Burns, described the London-based New Zealander as the ‘voice of millennials’”. Bruce Dessau reports for the The Evening Standard.

Matafeo laughs at that quote: “I am a millennial and I talk about my life, so technically it’s true, but I don’t think I speak for a generation. I felt like I had massive imposter syndrome as soon as it happened.”

“Despite having been a stand-up since her teens, she had a crisis of confidence during the Edinburgh Fringe,” writes Dessau.

When talking about winning the prize, she “exhibits a self-deprecating streak”. “I’ve never experienced such weird shock. I’m an ambitious person secretly but winning was an out-of-body experience.”

“Anyone who has seen Horndog, however, will know that the prize and the accompanying £10,000 is deserved,” writes Dessau. “Her set is a high-energy love letter to her intense youth, when she was obsessed with films, Franz Ferdinand and, eventually, boys.”

“The “voice of millennials” tag comes from the fact that her material is so relatable.” “Matafeo talks about being part of the “in-between generation” growing up at the dawn of the internet. The world was a click away. As long as your parents didn’t need to use the landline.”

“Matafeo is the third woman to win the Edinburgh Comedy Award for Best Show since 2013” and “she is the first person of mixed heritage to win with a solo show. Her father is Samoan, her mother Scottish-Croatian,” reports Dessau.

“The fact that I’m the first person who isn’t fully white to win is awesome. But it shouldn’t be the case. I’m proud but maybe it’s a reflection of what Edinburgh is and how that needs to be broadened. Women have got amazing representation but there is much further to go.”

“A month on from her victory she is still absorbing what happened,” writes Dessau.

“It took me so long to genuinely accept this is what I do. I thought my friends were just humouring me. Now I can say with confidence I’m a comedian,” Matafeo said.