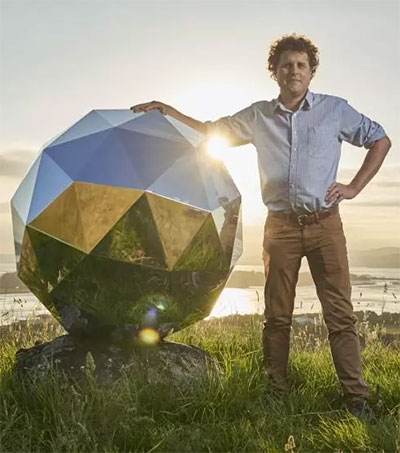 The glittering Humanity Star satellite, which may be the brightest object in the night sky, serves no purpose other than to “make people look up and realise they are on a rock in a giant universe”, according to New Zealander Peter Beck, founder of California-based Rocket Lab.

Beck said he deployed a secret satellite he believes will be the brightest object in the night sky and which he hopes will remind people of their precarious place in a vast universe.

He says he used most of the space aboard his test Electron rocket to house an object he has named the “Humanity Star.” The rocket has successfully reached orbit. It will be visible over Hong Kong in about 45 days.

The Humanity Star satellite, not much bigger than a large beach ball, is a geodesic sphere made from carbon-fibre with 65 reflective panels. It is designed to spin rapidly and reflect the sun’s light back to Earth. It’s expected to orbit the Earth every 90 minutes in an elliptical pattern, travelling at 27 times the speed of sound.

“The goal is make people look up and realise they are on a rock in a giant universe,” Beck said.

He has lofty ambitions for his experiment. He hopes the satellite will become a focal point for humanity, and will serve as a reminder for people to look past their daily concerns and to face larger challenges like climate change and resource shortages.

The Humanity Star is expected to orbit the Earth for about nine months before it is pulled back into Earth’s gravity and burned upon re-entry into the atmosphere. Beck said he is hoping to launch future Humanity Stars, but said the project is his own particular passion and he’ll have to wait to see how other people react and also consider whether it’s financially viable.

Some astronomers were not amused at the launch, with one calling the “star”, “space graffiti”.

Richard Easther from the University of Auckland told the Guardian that Rocket Lab may have unintentionally hit on a particularly sore point for his profession.

Light pollution is already a serious concern for scientists whose focus is on the stars, and the introduction of a glinting disco ball in space has not been widely welcomed.

“This one instance won’t be a big deal but the idea of it becoming commonplace, especially at larger scales, would bring astronomers out into the street,” Easther told the newspaper.