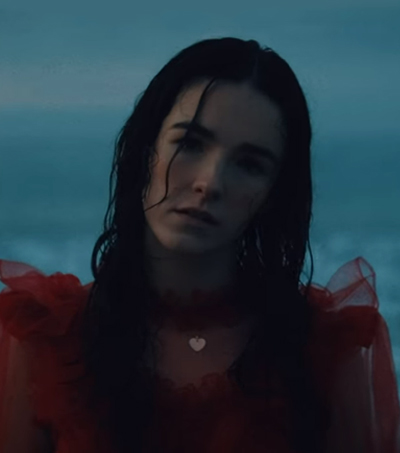 “Robinson’s upbeat electronic pop anthem ‘Nothing To Regret,’ has over 50 million streams online, and went gold in her home of New Zealand. Now, she’s seeking global stardom with ‘Medicine,” writes Brandy Robidoux who sat down with the New Zealand newcomer for an article for Hollywood Life.

When asked about how she felt her New Zealand roots influenced her music, Robinson replied:

“New Zealand is obviously very far away from the rest of the world, and I grew up in a really small town, in the South Island, and so tiny, and me and my friends would just hangout, and be in nature a lot of the time, and kind of make our own fun, so I think that’s probably influenced my music in some way, probably subconsciously, without really knowing it. “

About her latest single “Medicine” she said:

“For me, I always really loved the term “tasting my own medicine,” (…) Sometimes you don’t realize how your actions affect other people, and obviously the song does sound like it’s about a romantic situation, but I think it can also apply to the kind of nature of not really knowing the weight of your actions until they’re done to us (…). I think it’s more about having an awareness of other people’s feelings.”

The singer’s “Nothing to Regret” has over 50 million streams online. When asked why she thought people connect with the song so well, Robinson said it was “the carefree nature of it.”