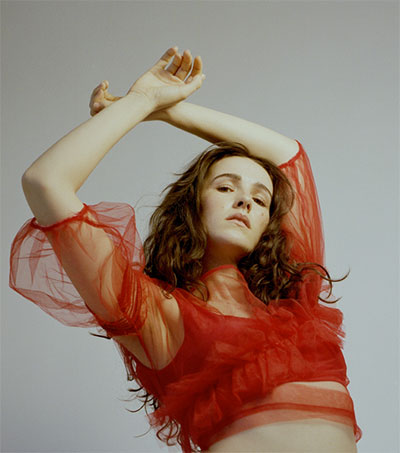 Nelson-born artist Robinson, 21, is no stranger to impressing international crowds, having toured Europe earlier this year with Hayley Kiyoko.

Now, with singles like the intensely romantic ‘Medicine’ under her belt, the pop singer is doing her first headline shows on Australian shores. Ahead of her recent Melbourne show, Fashion Journal sat down with Robinson to chat touring, the making of ‘Medicine’ and what she’s up to next.

She says performing live used to really frighten her.

“I think because I was so new to it and it was all very unfamiliar. But now, I’ve gotten to the point where going on stage and performing is so much fun. It’s something that I really look forward to and actually miss when I’m not doing it,” Robinson says.

“[After] finishing this tour [I’m] heading to Bali, and then hopefully it’s time for another tour. So, lots of live music and maybe a new song on the horizon.”