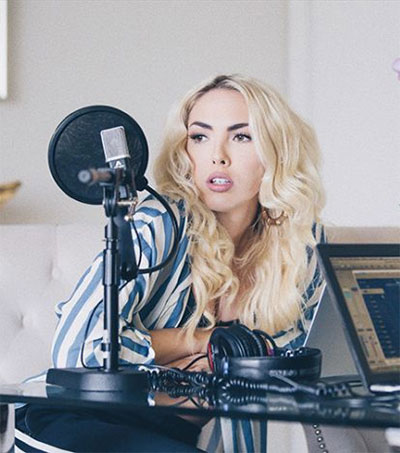 Sabryna’s the One in Los Angeles

New Zealand-born pop singer Sabrina Salmon, aka Sabryna, is giving fans the perfect summer sendoff with her song Be The One, which has just been released in the United States.

Entertainment news site Hollywood Life premiered the track and asked Los Angeles-based Sabryna, 22, who describes her sound as “pop with strong house and R&B influences”, about her thoughts on songwriting, touring and her dream collaboration.

“[Be The One] is basically about asking someone if they’re really in this relationship for the long haul. Are they willing to prove to you that they’re the one? Actions speak louder than words,” Sabryna explains.

“We have some dope visuals lined up, but an official music video is unconfirmed at the moment. But who knows? I am releasing a video for Try It very soon, though, so keep an eye out for that.

“I do have a lot of shows lined up. I’m especially excited to be performing in the Cayman Islands at Winterfest this year. But my dream tour would probably be with Justin BSabriieber.”

Sabryna studied at Boston’s Berklee College of Music. She is originally from Kerikeri.