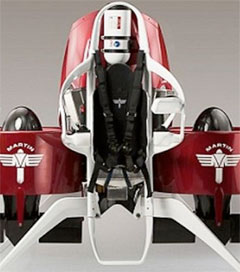 Local Test Flight Gets the Go-Ahead

The Civil Aviation Authority (CAA) has granted a permit to the Martin Aircraft company, allowing it to test jetpacks with a pilot at the helm in two uninhabited areas of New Zealand. The company is getting ready to debut the jetpack by the end of the year and anticipates that the CAA will be as excited about that as the company is.

Peter Coker, the CEO of Martin Aircraft, said that the CAA has been very flexible and accommodating, so far.

“We worked very closely with them throughout the testing process,” Coker said. “They came and watched us do a remote test flight and then gave us the license for a manned test flight.”

Though the CAA currently places an elevation restriction on how high the jetpack can go, it is capable of much greater heights. A recent outdoor test with a dummy pilot reached 5000 feet before launching a parachute and gliding back down to land.

Because of the Martin jetpack’s relatively lightweight empty 114kg, Martin Aircraft has classified it as a microlight aircraft. It would fall under similar regulations to what the Federal Avaiation Administration has set up for ultralight vehicles in the United States.