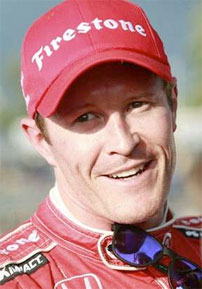 New Zealand IndyCar champion 28-time winner Scott Dixon, 31, took top of the podium at the Chevrolet Detroit Belle Isle Grand Prix in Detroit. Dixon pulled away on lap 55 for his first win of the season, almost 2 seconds in front of teammate Dario Franchitti. “I tried to get Dixie, but he’s been a different class all weekend,” Franchitti said. “He’s a wild little fox, made some great moves. Those last laps, that’s the hardest I’ve ever seen somebody drive a car.” This was the first IndyCar grand prix to be held at Belle Isle since 2008. The New York Times’ Jonathan Schultz wrote: “Dixon’s command was remarkable — he led from pole to finish — but the race may be remembered for the poor condition of the circuit.”