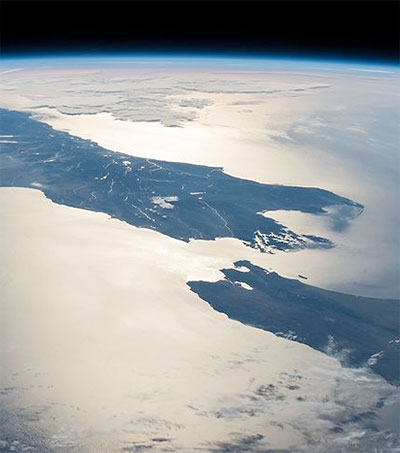 A rare image of New Zealand without a ceiling of cloud has been captured from the International Space Station as it orbits 418km above the South Pacific Ocean.

According to NASA, New Zealand is seldom photographed from orbit because it is usually one of the cloudier parts of the planet.

This panorama shows the sun’s glint highlighting Cook Strait. Astronauts looking west towards the setting sun were able to see this high-contrast detail even though they were 1000km away.

Above the bank of clouds approaching from the west near the top of the image is the thin blue band of Earth’s life-giving atmosphere following the curvature of the planet, with the empty blackness of space above the horizon.