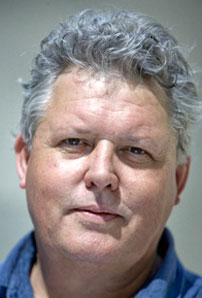 New Zealand-born Stephen Daisley, winner of Australia’s 211 Prime Minister’s Literary Award for Fiction, said the AU$8, tax-free prize would finally enable him to quit his weekend job selling second-hand clothes and focus exclusively on writing. Daisley is a married father of five whose working life has included stints in the New Zealand army, on sheep and cattle stations, cutting bush and scrub, driving trucks, road work, bar work and on oil and gas sites. Such experiences have informed his literary debut, a war novel entitled Traitor about patriotism and friendship that starts on the beaches of Gallipoli. Daisley said his family had generously accommodated his literary aspirations, but his wife once lamented that she “wished she’d married a plumber rather than a trapeze artist”. Traitor won the Glenda Adams Award for New Writing at this year’s NSW Premier’s Literary Awards and was shortlisted for the regional Commonwealth Writers Prize for Best First Book.