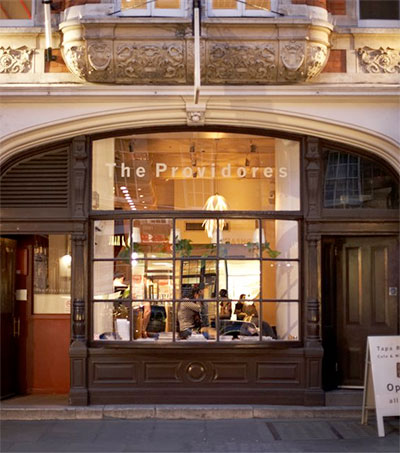 Peter Gordon’s Providores and Tapa Room on Marylebone High St is the Telegraph’s favourite place in London to enjoy food from New Zealand.

“London has a restaurant to suit just about every cuisine in the world. We pick our favourite places in the capital to enjoy food from 30 countries,” the publication writes.

“There’s a little taste of the Southern Hemisphere in this chic, intimate little venue. Peter Gordon, the chef at the helm, is a proud New Zealander who has broadened his culinary horizons way behind his origins – to the point where he has is even referred to as the “godfather of fusion cuisine”. It means the menu has a distinctly international slant – Smoked Dutch eel with Isle of Wight Heirloom tomatoes – but there is more than a hint of Gordon’s antipodean roots, especially in the wine list, which has the largest selection of fine New Zealand wines at any European restaurant.”

Original article by The Telegraph, October 8, 2014.