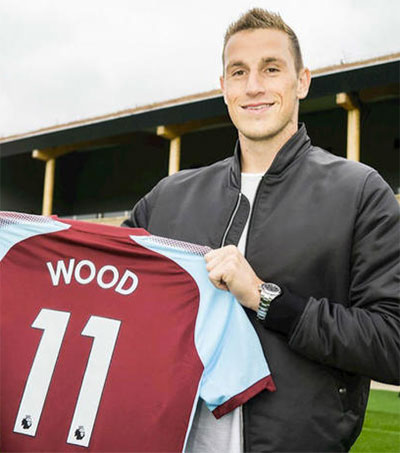 New Zealand footballer Chris Wood, 25, who was most recently a striker for Leeds, has just signed with English Premier League team Burnley for the club-record fee of £15 million.

Auckland-born Wood, who is the vice captain of New Zealand’s national team, began his senior career with clubs in the Waikato before moving to England to play for Premier League side West Bromwich Albion.

Burnley manager Sean Dyche said he is excited about adding Wood to his current group and revealed his all-round ability was one of his biggest attractions.

“I think that’s always an effective weapon. He can score long strikes, headers, he can nick one, bundle one, that’s a good thing for a striker.

“He’s played up there a lot on his own and has done that well as well. I think he adds to the blend of strikers. I like our group of strikers here and I’ve liked all of them since I’ve been here, they’ve all been effective in different ways.”