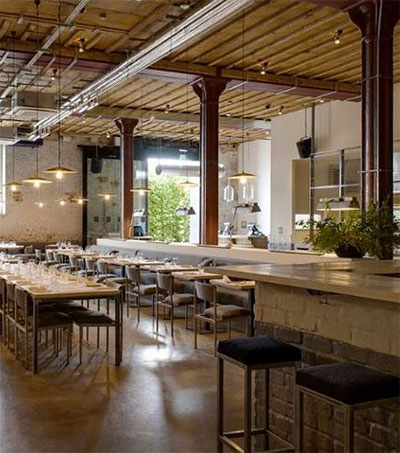 London coffee stalwart Caravan, founded by New Zealand trio Laura Harper-Hinton, Miles Kirby and Chris Ammermann, is looking to get a slice of the grab-and-go market.

Caravan To Go, or (CTG), will be given its first test-run at its upcoming Fitzrovia site, which is to be the fifth, following Exmouth Market, King’s Cross, Bankside and the Bloomberg Arcade. The internal trial is designed to test the waters in a nascent market, with the thinking being that a successful dress rehearsal can pave the way for standalone stores.

The basic mechanics of the offering will be simple: the high-quality speciality coffee that Caravan has been known for at its sit-down locations, paired with the inventive, all-day food offering that Caravan has become known for at its restaurants. Just, to-go. Patisserie will be a key component, as will made-to-order sandwiches, as well as dishes that are easy to have ready for takeaway at volume without compromising quality: daal, soup, potentially a chicken-and-rice affair.

The difficulty of the grab-and-go space is known to the founders: the sheer speed required to present a viable offering is – seemingly – at odds with the crafted nature of the coffee that they serve:

“The problem with grab-and-go is that people want everything super fast, but you can’t make a great flat white in 10 seconds,” Kirby says.

Other drinks are easier to make work: switching pour-over and single-serve filter coffee out for batch brew, which can be made to an exceptionally high standard in spite of what Pret, Starbucks et al’s product often suggests. The solution for milk-based beverages requires some kind of automation, be it thermometers to automatically shut off a milk-steamer, or even devices that measure out milk volumetrically to save picking up and emptying a bottle.

The potential to innovate in the speciality sector while marking territory in another is an appealing prospect, and one clearly on Caravan’s minds as they look to branch out into this largely untested market.