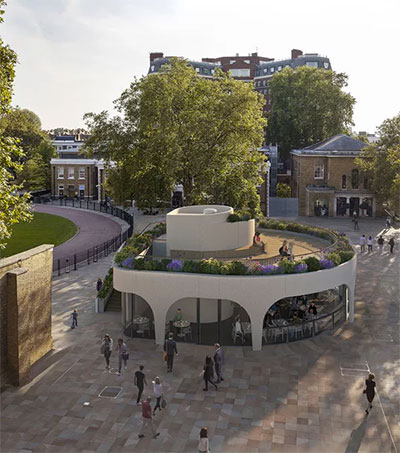 Caravan’s Trio of Nomads to Open Vardo in Chelsea

Caravan Restaurants, the London group owned by New Zealanders and largely responsible for mainstreaming London specialty coffee a decade ago, has announced it will open at Duke of York Square off the King’s Road in Chelsea, later this year, according to Eater.

The new site, with a vast terrace, will not be called Caravan; it will be called Vardo, named after the Romani travelling wagon of the 1800s.

Owners – Laura Harper-Hinton, Miles Kirby, and Chris Ammermann – again reference their “nomadic”, utopian “no boundaries” idea, with the new restaurant “influenced by the journey of the travelling wagon spanning the globe and collecting produce, spices and inspiration along the way,” the lifestyle site explains.

Vardo will occupy a newly designed, three-storey stone and glass pavilion, located in Duke of York Square, Chelsea, next to the Saatchi Gallery and a number of other restaurants and public space. The striking circular structure features 360-degree wall-to-floor glazing that fully retracts into the floor, allowing, they say, “for a seamless indoor to outdoor experience.”

Caravan now operates five sites in London, a London success story in the mid-market, after having opened the original site on Exmouth Market in 2010. Vardo will be different, and it seems, slightly less informal. That might have something to do with the monied new territory; it’s the first for the group in west London proper. They say the menu will put “back-to-basics food to the forefront – showcasing low and slow cooking techniques, with carefully sourced ingredients from across the UK with global influence.” If the wagon wheels ain’t broke, don’t fix them.