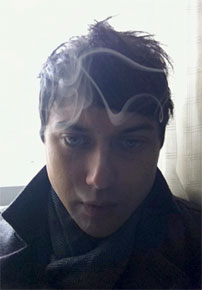 Pleased to Meet Him

“Flying Nun is as synonymous with indie rock in New Zealand as Chemikal Underground is in Glasgow or Creation Records is in London,” John Everhart writes in a web exclusive for American magazine Under the Radar. Aucklander Kody Nielson, the mastermind behind Opossom, has ties to Flying Nun. He previously played in The Mint Chicks while in high school, a band signed to the fabled New Zealand label. “I loved stuff like Chris Knox, The Clean, and The Chills growing up,” Nielson says. Opossum’s debut album, Electric Hawaii, is rife with sing-song pop hooks obviously beholden to ‘60s orch pop bands such as The Zombies and The Left Banke. “Modern rock music’s got a different sound to it, and I didn’t want it to sound that way. I wanted it to be scratchy.”