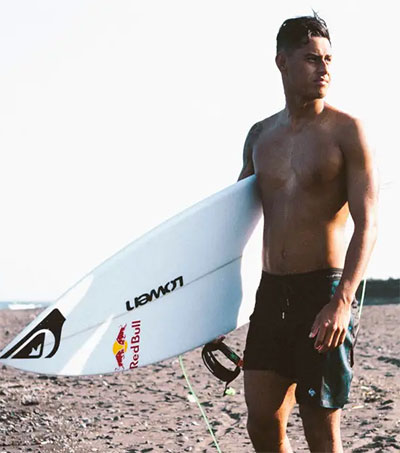 “Kehu Butler may hail from New Zealand, the land of lefts, but you’d never guess that by the regularfoot’s powerful forehand in his new edit,” Ben Waldron writes for SURFER magazine, which features the video, called “Te Kehukehu”, online.

“[Butler’s] approach to bottomed-out pits and ramp sections has not suffered one bit from the long points his home offers,” Waldron writes.

Butler was born in 2000. He is from Mount Maunganui and is New Zealand’s first Red Bull surfer.