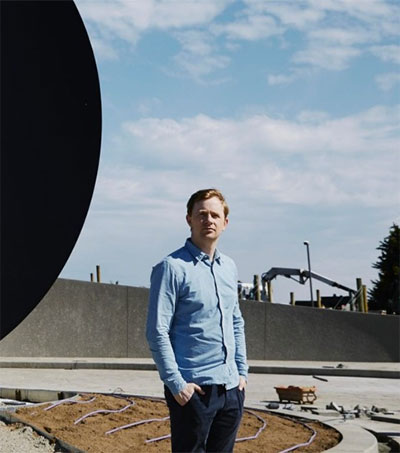 New Zealander Phil Wood, 35, has been singled out by Australian property magnate John Gandel to be the “culinary director” of the most ambitious restaurant development in Australia. Wood’s new winery restaurant will open at Gandel’s Point Leo Estate on Mornington Peninsula, an hour’s drive south of Melbourne, next month.

This is Gandel’s $50 million passion project and is of a scale and dramatic vision befitting the seventh richest man in Australia, who made his fortune from shopping centres (he owns half of Chadstone Shopping Centre, the biggest in the southern hemisphere).

Wood has carved a stellar career for himself as Australian chef and food personality Neil Perry’s right-hand man, including eight years behind the stoves at Perry’s flagship, Rockpool.

“It was time to get out of Neil’s shadow,” Wood says. “It is good to get out of the city. Sydney is a city of bubbles – beautiful bubbles – but I wanted the chance to go somewhere completely different, work with different produce and do different things.”

When he left Perry HQ in August, Wood was a man in demand.

“There were several options I got close to signing contracts on, then I got a call from a recruiter wanting to talk about some place I had never heard of in Victoria.”

Then Gandel came along and started talking to him about the 100-seat restaurant taking shape on a sweep of grass above Point Leo, with oak walls and enormous black steel candelabra designed to make the room look like a haute couture wine barrel.

All this activity and excitement comes down to one key factor, according to Wood – the produce.

“At a restaurant in the country you can have food ripped out of the ground in the morning on the plate in the evening. It is much harder to do this in the city. Chefs fall in love with this because you can authentically be farm-to-table but in the city, you have to make compromises.”