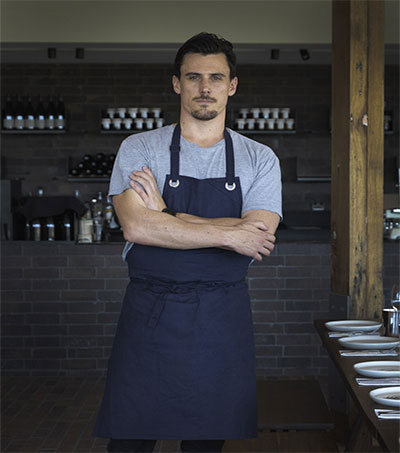 Doot Doot Doot is part of the luxury Jackalope Hotel on Mornington Peninsula.

Stanaway was previously executive chef of Amankila, an Aman Resort in Bali, and Noosa’s Bistro C.

“My desire was to merge art and hospitality, taking them to another level,” developer Louis Li told the Australian Financial Review earlier this year.

By way of example: the 80-seat Doot Doot Doot will be lit by 8000 light bulbs that change intensity to mimic the bubbling process during wine fermentation, the Financial Review reported.

In 2006, Stanaway was named South Island Chef of the Year.