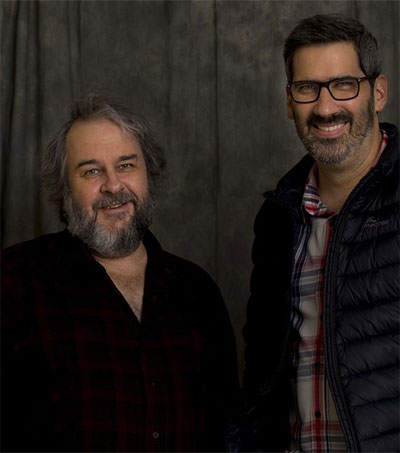 In 2015, Peter Jackson was feeling burned out – and you could hardly blame him. The New Zealand director had just finished work on the Hobbit films, wrapping up production on his supersized fantasy trilogy in a final sprint of 22-hour days that had left his energy depleted and his brain utterly fried. Josh Rottenberg reports for the Los Angeles Times.

For several years, Jackson had been developing another big-budget fantasy film, Mortal Engines, a post-apocalyptic epic based on a series of young-adult novels by British author Philip Reeve. But as much as he loved the project – set in a future in which mechanised steampunk cities rove a world ravaged by war in search of resources – at that point he just didn’t have enough oomph in his own engine to take on another ambitious piece of cinematic world-building.

“Mortal Engines was fun and exciting and it didn’t have any superheroes in it, which is for me a big appeal,” the director said during a visit to Los Angeles. “But I was exhausted. I just wanted a bit of time off, to tell the truth.”

So Jackson turned to a younger protégé, a storyboard artist, visual effects supervisor and second-unit director named Christian Rivers, 44, with whom he’d worked for more than 20 years, going back to the 1992 slapstick horror film Braindead.

Never mind that the fellow New Zealander had never directed any feature, let alone an enormously complicated and costly tent-pole. How would Rivers like to take on Mortal Engines?

“The idea was utterly terrifying,” Rivers recalled. “I was in the middle of working with an independent producer in Wellington to do my first low-budget feature, which is usually the sensible way to do these things. But I want to direct films – and if I’m going to be offered something like this and turn it down, then I shouldn’t be directing.”

Three years later – and more than a decade after Jackson began developing the project – Mortal Engines is reaching American theatres, boasting plenty of visual razzle-dazzle but without the massive built-in brand awareness of competitors like Spider-Man: Into the Spider-Verse, Mary Poppins Returns and Bumblebee.

With a first-time filmmaker and no major stars on board, the fact that Universal was willing to gamble on Mortal Engines was ultimately a testament to Jackson’s clout as a director whose films, including the Lord of the Rings trilogy, have grossed well over $6 billion worldwide and who made the 2005 hit King Kong at the studio.

In a way, Mortal Engines encapsulates some of the dilemmas that today’s studios face in attempting to break out of the endless cycle of sequels and reboots and generate fresh franchises, maintaining relationships with powerhouse directors like Jackson while nurturing emerging talents like Rivers.

“Deep down in their hearts, they want something new,” said Rivers, who shared an Oscar for visual effects for his work on King Kong and did second-unit directing on The Hobbit as well as Disney’s 2016 family film Pete’s Dragon. “But they don’t know how to create the new thing, and the risks that you have to take to create it – there’s a weird disconnect that happens. At some point you sort of have to trust that the film is going to do its job and the audience will want something new.”