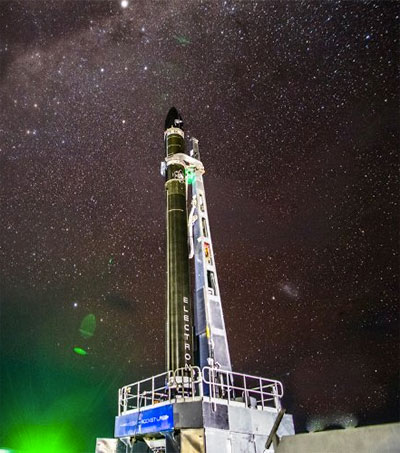 In an interview with Germany’s Der Spiegel magazine, Rocket Lab CEO Peter Beck discusses his company’s ambitious plans to tap the growing market for transporting satellites into space. He sees a bright future for his company and its launch pad in New Zealand.

The Lab’s Electron rocket is scheduled to take off in November from the company’s own launch site, which is also located in New Zealand. The Electron rocket has already flown twice in test launches from the site – the first time in May 2017, with a few problems, and again in January of this year. The company uses the rockets to transport small satellites weighing up to 225kg into space at rock-bottom prices.

The company charges $5 million per launch. By comparison, the considerably larger Falcon 9 from SpaceX, the current low-cost provider in the space industry, charges $65 million.

Rocket Lab has big plans. The company just opened a 7500m2 rocket factory in Auckland and even invited actor William Shatner of Star Trek fame as its guest of honour at the opening. Starting next year, the company wants to launch one rocket a month, with the target of increasing its capacity to weekly launches by the end of 2020.

“The most important thing that the satellite industry needs right now is a regular and high frequency of launches,” Becks tells Der Spiegel. “The United States as a country went to orbit 28 times last year. But there are customers who want to build satellite constellations that go into the hundreds, for example to provide internet coverage for the whole planet. That simply doesn’t fit together. The fundamental reason why it is difficult to get a high launch rate out of the US is that it is just full of a lot of things. It’s full of aircraft, it’s full of shipping and it’s full of a lot of people. So, we were looking for a place where we could have a high frequency of launches with a large range of launch angles. What we needed was a small island nation in the middle of nowhere. And that’s exactly what New Zealand is.”

Rocket Lab will be streaming the launch on the internet from its launch site in New Zealand. The launch window stretches for nine days, four hours each day from 11 November.