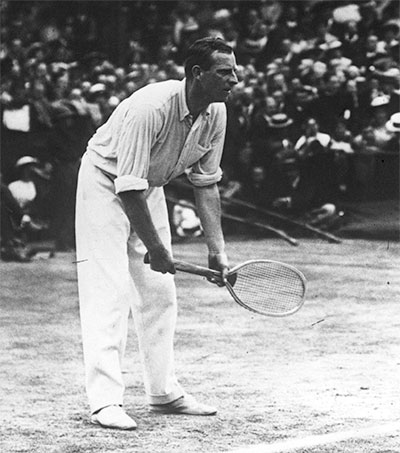 One hundred years since the outbreak of the Great War, Bullets and Daffidols, on at London’s New Wimbledon Studio Theatre in June, will commemorate the only time play was suspended at centre court – between 1915 and 1918.

Christchurch-born Wilding won the Wimbledon singles title for four straight years between 1910 and 1913.

On the advice of Winston Churchill he joined the Marines in 1914 and was promoted to captain the following year.

In his last letter dated 8 May, he wrote: “For really the first time in seven and a half months I have a job on hand which is likely to end in gun, I, and the whole outfit being blown to hell.

“However if we succeed we will help our infantry no end.”

The next day he was killed in action during the Battle Of Aubers Ridge at Neuve-Chapelle, France, when a shell exploded on the roof of the dug-out he was sheltering in. He was 31.

Bullets and Daffodils will feature a special tribute to Wilding for the performances at the New Wimbledon theatre, which fall two weeks before the tournament.

Original article by Louisa Clarence-Smith, Your Local Guardian, May 25, 2014.