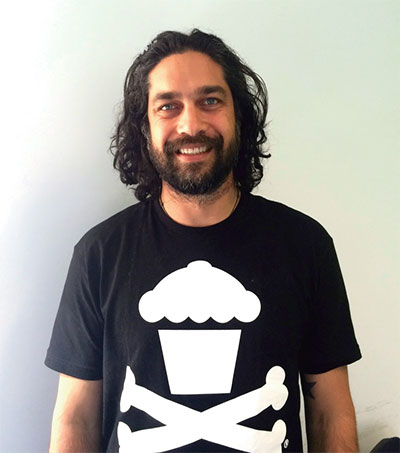 New Zealand-born artist Paul Shanta has come up with a colourful solution to the bad graffiti problem littering the streetscapes of Sydney suburb Campsie. Shanta is offering to stencil over the ugly graffiti with his award-winning artwork.

“Once the roller doors come down there’s a sprawl of tags and profanities, so I thought it’s a perfect opportunity to approach businesses and collaborate with them so they might have something they admire instead,” Shanta said.

If you live in Sydney chances are you’ve come across Shanta’s work already.

In Spider Bar, Castle Hill, a 20m mural by Shanta watches over diners, while just recently the artist was named a finalist in the Stencil Art Prize – part of the Sydney Fringe Festival this year.

The prize, which started in Marrickville eight years ago, is now the world’s largest exhibition of stencil art and Shanta was one of 84 artists from 21 different countries chosen as finalists.