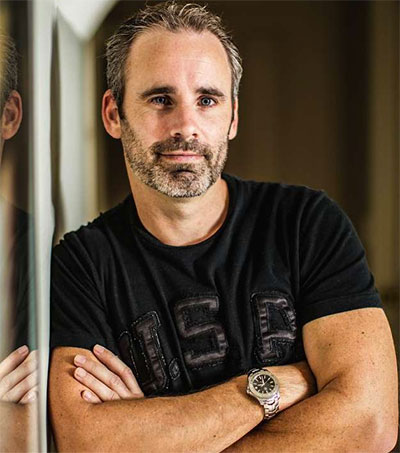 Christchurch-born Paul Cleave, 42, is a relative newcomer to United States audiences. Although his first book, The Cleaner, was published in 2006 and sold half a million copies, his books weren’t marketed in the US until 2010.

But with 10 novels now translated into almost 20 languages, Cleave has found a worldwide market for his work. His novels are regarded as thrillers, but the thrills are often punctuated by dark humour. In his latest novel, A Killer Harvest, he adds a dash of science fiction, exploring the consequences of a transplant gone wrong.

“It’s about a boy who has been blind for 15 years but who gains the ability to see after undergoing a transplant,” Cleave explains. “It isolates him at a time when he is also dealing with the death of his father. He was going to a school for the blind, but now he can see. His classmates no longer associate with him. He goes to a new school, but people think he’s a freak, one of the first to undergo this new kind of transplant.

“He’s caught between these two worlds, and while he is dealing with these issues, he begins to learn that his father, who was a police officer, did some rather dodgy things. And then I throw a serial killer into the mix.”

“You don’t like to outline; instead, you let the characters kind of roam. What are the pros and cons of that method?” the Chronicle’s Mike Yawn asks.

“In On Writing, Stephen King said that if he doesn’t know where a book will go, then the reader won’t either, and I think that is probably the biggest advantage. The disadvantage is you can get halfway through writing the novel and not know how to wrap it up. I have to put it aside, find where it went wrong, and pick it up from there and take it down a different path. But I’ve had books where I was 90 per cent through, and I didn’t know who the villain was.”

Cleave won the Ngaio Marsh Best Crime Novel Award for the book Blood Men, which was published in 2010.