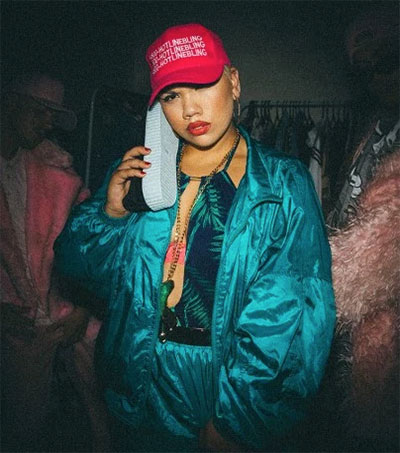 Parris Goebel Was Born to Dance

Parris Goebel’s father tells the BBC that his daughter, “a blessing”, was dropped off by a space ship. And it’s a good thing it did. The 24-year-old choreographer from Manurewa, South Auckland is changing hip-hop and has gone from suburban New Zealand girl to global dance and style icon.

It all began with polyswagg – her unique take on hip-hop inspired by her Polynesian heritage.

“I guess you could say I was born to dance … As soon as I could walk I was dancing,” Goebel tells the BBC. “I sometimes think how did I get here. It’s kind of crazy. It’s such a big journey, but every little step counts. It doesn’t happen over night.”

“At the age of 15 we wanted her to follow her dreams and that’s when we said, ‘Let’s see what’s going to happen with this career in dance’ and [we] pulled her out of school,” Parris’ father explains.

“It wasn’t hard dropping out of school,” Goebel says, laughing. “That’s an easy decision for someone like me.”

Goebel made it big when she and her troupe Royal Family were asked to create a video for Justin Bieber’s song “Sorry”.

“The Justin Bieber project I did [in 2016], and I had to do 12 videos in 22 days. I’ll never forget that experience because at the time it [seemed] actually impossible. [I thought] if I get this done, it’s a miracle,” Goebel says.

The “Sorry” video has more than two billion YouTube hits.

Goebel now spends most of her time in Los Angeles. But when she’s back home she’s at her family’s dance studio teaching her unique moves to dancers of all ages.

Goebel also recently released her own album, and has plans to move into film.

“When I believe in something, I will stand by it until the end,” she says.