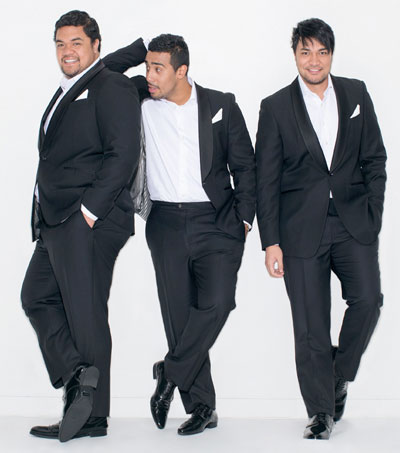 The song was recorded in London, and was the best-selling album in New Zealand in 2013 – despite being released in November.

Sol3 Mio is made up of tenor brothers Pene and Amitai Pati from Mangere and their North Shore baritone cousin Moses Mackay. They formed the group to raise money so that they could study opera at the prestigious Wales International Academy of Voice.

They recorded the album after being talent-spotted; it is currently at the top of the New Zealand album charts, where it has been for the past 23 weeks, beating Susan Boyle and One Direction.

The trio grew up in New Zealand after their families emigrated from Samoa.

Pene Pati was the 2010 NZ Performer Of The Year, Amitai won the 2012 Lexus Song Quest and Mackay was recognized as an Emerging Artist by the Dame Malvina Major Foundation in 2013.