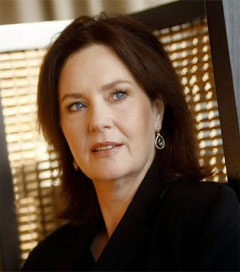 Asked one day in 1997 if, as a fan of J.R.R. Tolkien, she might have any interest in helping out friends and fellow New Zealanders Peter Jackson and Fran Walsh adapt The Lord of the Rings for film, Wellingtonian Philippa Boyens, a former teacher and then executive director of the New Zealand Writers Guild, shrugged and said, “Sure, why not?” “I figured it would last a couple of weeks,” she says now, laughing at the memory, “maybe a month.” Instead she, like so many Tolkien characters, was swept away on a life-changing adventure, down roads long and sometimes perilous. Fifteen years later, she is an Oscar-winning screenwriter and producer, part of one of the most successful collaborations in film history.