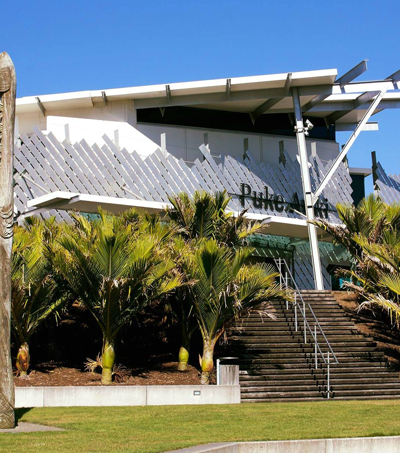 New Plymouth’s Puke Ariki museum is “aiming to offer visitors a realistic glimpse of the perils the first European settlers had to endure on their voyage to the Pacific country includes an unusual feature: the smell of vomit,” as reported in an article on PerthNow.

“We’re trying to tell the story of what that voyage was like for the 1,000 or so settlers who came over from Devon and Cornwall to a new life in Taranaki,” said Kelvin Day, manager of New Plymouth’s Puke Ariki museum.

“Visitors can sample some of the smells the voyagers would have experienced, including rope and tar, dirty linen, must and vomit.”

The exhibition also tries to “recreate the movement of a sailing ship and is using a video of specially trained rats projected onto the floor so visitors can experience the vermin that plagued the boats.”

The first organised European settlers to New Plymouth arrived on 31 March 1841 on The William Bryan and “lay the foundations for a settlement that is now home to almost 60,000 people.”