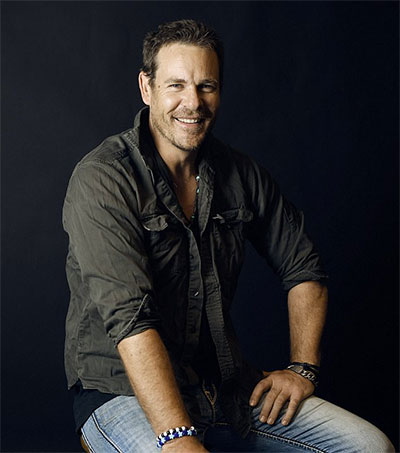 Aaron Jeffery Gets into the Head of Chopper Read

A quirk of fate could have changed the path of Australian film history and seen New Zealander Aaron Jeffery play Chopper Read nearly 20 years ago.

“I auditioned for the original Chopper movie,” Jeffery, 47, says.

“I walked in and said, ‘Eric Bana is a shoo-in for this role; I hope you’re going to see him’. And I proceeded to give a terrible audition because I knew it should be Eric’s part.

“It’s happened a few times where I’ve thought actors were perfect for a role, and they got the role. Maybe I should’ve been a casting agent.”

Underbelly Files: Chopper tells the story of Read’s later years, and his struggle to find a balance between Mark Read, the man, and Chopper, the crim. Jeffery says that Bana’s legendary performance was in the back of his mind, but it inspired him to add his own twist to the character.

“At the end of the day, Mark Read said Eric Bana did Chopper better than he did. How was I going to top that?

“The Chopper that Eric Bana played was in his prime, and he was phenomenal in that role.

“The Chopper that I play has gone to seed. It’s a different part of his life. The script is beautiful. And I’m portraying a character, it’s not a documentary.”

Getting inside Chopper’s head and understanding his trauma was the most important aspect of playing the character, Jeffery says.

“That was the most important thing for me, looking at the psychological makeup. It’s about the major things that might have happened in this character’s childhood that created these two different personas.”

Jeffery is best known for his roles in Water Rats, McLeod’s Daughters – for which he won two Silver Logie awards – and Wentworth.