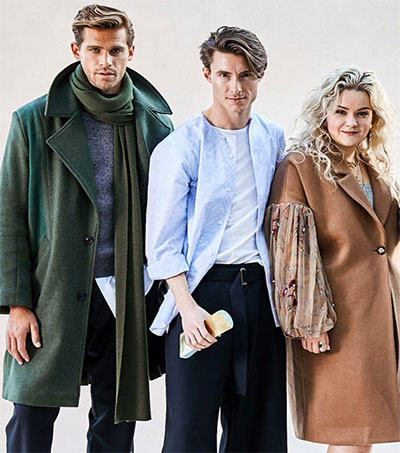 Designer Blair Archibald has won the menswear award at the Australian and New Zealand regional final of the International Woolmark Prize held in Sydney, while fellow New Zealanders Madeleine Harman and Jessica Grubiša, took home the womenswear segment of the prize.

Luxury fashion has an opportunity to influence the industry’s sustainability practices and educate the consumer from the top down, according to US-based designer Gabriela Hearst who was a judge on the panel.

Hearst said the collection of Archibald was a good example of how this “trickle-down effect” can be put into practice.

“I thought Blair’s collection was extremely on point,” Hearst said. “He also had a sustainable angle to it that I think is really ­important for the up-and-coming luxury consumer. It felt very luxurious, it was well finished and with a conscience.”

Melbourne-based Archibald believes designers have an opportunity in the sustainability arena. “We’re in a position as designers to have the potential to really inform people, and that’s a powerful message to get across,” he said. “It’s about reconfiguring the way fashion’s communicated as well, giving it some real substance and having a dialogue that’s honest.”