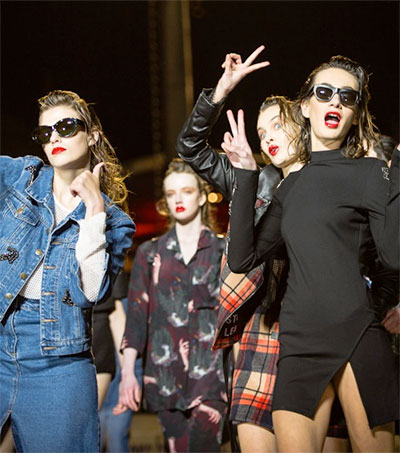 Brokered during the recent New Zealand Fashion Week, the deal has been labelled a “significant” opportunity to break into a lucrative Southeast Asian market.

Designers will be given editorial support and a sales platform on sheshops.com, a partnership between e-commerce store Inverted Edge and SPH Magazines, which publishes Singapore editions of Harper’s Bazaar, Cosmopolitan and more.

Fashion week’s managing director Dame Pieter Stewart said it was the biggest international opportunity yet to come out of the annual local showcase.

“The opportunity to gain immediate entry into the only English language market in Asia with a high level of middleclass spending, credit card and smartphone penetration is priceless,” Stewart said.

Stolen Girlfriends Club co-founder Dan Gosling said his label had been in Singapore for about three years, and the Asian market was an important one for designers who wanted to be seen as “international”.