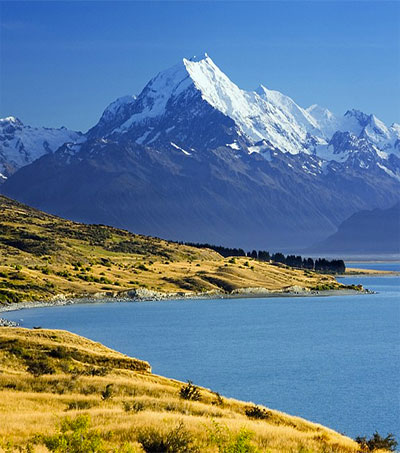 Nothing Beats a Life-Affirming NZ Holiday

The Daily Mail’s travel editor Mark Palmer kicked off his eight-day tour in and around Queenstown, admiring Lake Wakatipu, then taking in the World Heritage Site Matukituki Valley where Lord Of The Rings was filmed, followed by some glacier-gazing at Lake Pukaki and jet boating in Wanaka.

“Once a sleepy spot beside the extraordinarily beautiful Lake Wakatipu, [Queenstown] it’s now the country’s adventure capital with a New World can-do spirit that at first can be disarming, but it soon grabs you and makes you ponder: ‘Why can’t we be as nice as these people?’” Palmer writes.

“Or as proud of their country. And why is there no litter in the street? And why does one feel nothing other than 100 per cent safe?

“Stay in Auckland at the end of your trip, rather than at the beginning,” he recommends. “It might seem crazy to take an internal flight after the long, long one from the UK, but that’s what we do, arriving in Queenstown just in time to take the Skyline gondola up to the 450m-high viewing station, past bungee jumpers, mountain bikers and hearty trekkers.

“So many of the superlatives associated with New Zealand come as no surprise.

“For a refreshing, life-affirming holiday where you’re welcomed with warmth and good humour, nothing quite beats it.”