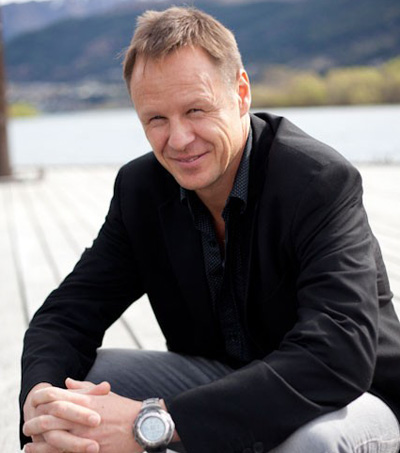 A team located at The Laboratory for Animate Technologies at the University of Auckland’s Bioengineering Institute, is developing multidisciplinary technologies to create interactive autonomously animated systems that will define the next generation of human computer interaction and facial animation.

The simulator’s technology will be significant for the advertising industry as well as in Edutainment according to Sagar.

“Think of the effort which goes into creating visual advertising for example – getting just the right look on a model’s face – with this technology this can be changed on the fly, even adapting its behaviour.”

“Edutainment is another area I think could be a great and beneficial use of the technology. When my real daughter saw her digital version read a word that she couldn’t it triggered something very deep.”

Sagar simultaneously works on Project BabyX, which uses the same engine as the Auckland Face Animator. BabyX is “the lab’s virtual infant that can see, hear, read expressions, learn from experience and express its emotions.”

Mark Sagar is the director of the Laboratory for Animate Technologies based at the Auckland Bioengineering Institute. In his previous work at Weta Digital he was involved in blockbusters such Avatar, King Kong and Spiderman 2.