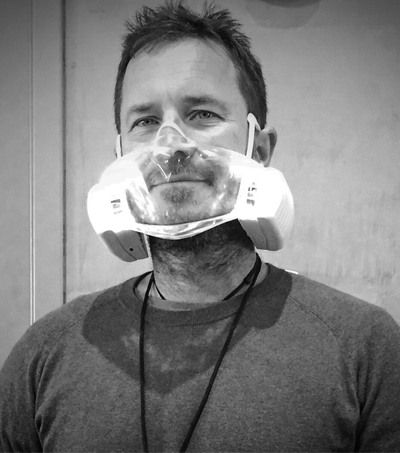 “It’s a ubiquitous sight in cities like Beijing: pedestrians walking under a thick blanket of smog with their faces obscured by flimsy cloth face masks. These masks aren’t an ideal solution to dealing with the pollution, as they wear out pretty quickly and don’t even filter everything. O2O2, an urbanist startup based in New York, is working on a connected face mask that’s clean, (relatively) attractive and doesn’t need to be continually replaced,” writes Kris Naudus in an article for engadget. O2Os founders are all Auckland graduates – CEO Dan Bowden, CTO Jerry Mauger and CMO Ilya Vensky from the University of Auckland, and board advisor Simon Faesey from the Auckland University of Technology.

The startup is “one of the companies operating out of Urban-X in Brooklyn” – “an accelerator focused on making cities more liveable through technology.”

The differences to disposable masks go deeper than just aesthetics. O2Os’ face mask’s plastic build makes it far more solid and substantial than the fabric makeup of a disposable model. While “rubber face masks can get pretty rank due to the moisture from your nose and mouth”, the O2Os “circulates air around the lower half of your face using the two fans mounted on either side.”

When Naudus picked up the O2O2 its light weight was the first thing that struck her. The mask will cost $100, which makes it an attractive alternative to a standard gas mask for construction companies, painters and even rescue workers like firefighters. According to the article, “O2O2 is also aiming for the fitness market, as some athletes use training masks to improve their pulmonary endurance.”

The mask’s biggest contribution to Urban-X’ focus of improving urban life “will be its ability to collect air-quality data and aggregate it in a central repository.”

The information collected “may allow scientists and city planners to figure out better ways to protect city dwellers from pollution and even reduce or eliminate it entirely. The O2O2 is a product that ultimately succeeds only if it makes itself obsolete, in working toward a world where you don’t need a mask to walk outside,” writes Naudus.