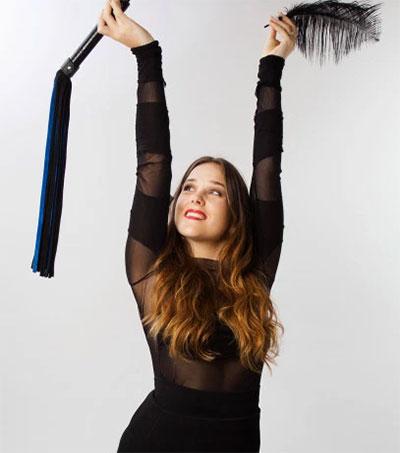 An exotic dancer from New Zealand has transformed herself into a “sex witch” and plans on putting her spell on disciples around the world. Melbourne-based Shaney Marie, 31, delved into witchcraft after spending years working as a stripper and deciding her mostly male clientele needed a deeper sexual connection, the New York Post reports.

Marie traded her stilettos for a wand and now teaches magic sexuality across Australia, with plans to take her business abroad.

She said modern strip clubs are about “power play” and not an exchange of deeper connection.

The sex coach is available for face-to-face consulting but can Skype with clients as well.

She said her customers, ranging in age from 20 to 70, number in the hundreds and that’s expected to climb as more and more people trade in religion for spirituality.

Marie is bringing her sex-witch services to Amsterdam, London, Berlin and Ireland for a European tour.