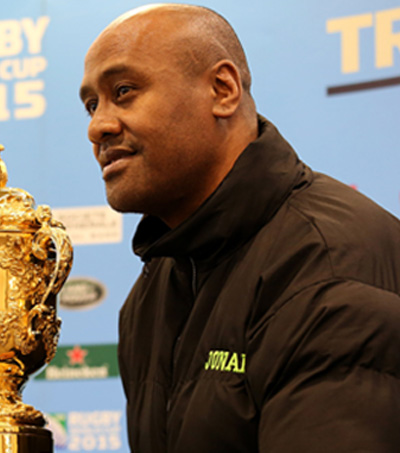 Jonah Lomu changed the sport of rugby forever – his “emergence at the 1995 World Cup was seismic”.  He was a pioneer for rugby union, who “raised interest to levels not witnessed before and his legacy can be seen every time George North or Julian Savea, two modern day wing behemoths, take the field.”

“Standing 6ft 5in, at more than 18st, Lomu’s like had never been seen before on a rugby pitch, let alone the wing. Running in seven tries, four of them against England in the semi-final, Lomu, having just turned 20, made an indelible mark on rugby union in South Africa, not to mention Mike Catt’s face”, writes Gerard Meagher for The Guardian.

“I used that tournament that to show I was worthy to be on the paddock with the top players in the world and there was no better team to stamp your authority on to play your best game than against England,” said Lomu.

“The one thing that I had and that I believed was the key to me winning the majority of my battles was that I was mentally prepared to go to the deepest, darkest place where people would not want to go.”

“Despite a complex kidney disorder Lomu won 63 caps, from which he scored 37 tries, but he was not part of 2003 World Cup squad and he was retired by 2007, tainted by association as part of the All Blacks sides who would dominate World Cup cycles but choke on the big stage.”

“I think at almost every World Cup, especially in the last 20 years, the All Blacks have gone in as favourites to win but it doesn’t matter what you’ve done in the past, it’s about what you do at the tournament,” said Lomu.