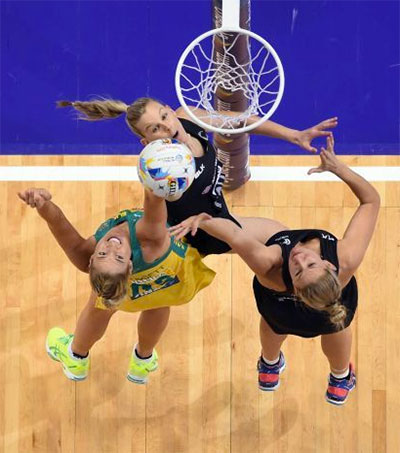 New Zealand set the Netball World Cup alight when they upset defending champions Australia 52-47 in their pool match in front of a world-record crowd of 16,233. The new-look Silvers Ferns defied pre-tournament sceptics as they claimed their first win over the hotly-favoured Cup hosts in their last 10 meetings.

If the Diamonds had been under any impression that winning a third consecutive world title at home would be straightforward, they received a cold reality check at Allphones Arena in Sydney.

Australia had been unsure of what to expect from the Silver Ferns’ revamped line-up. What they got was a clinical and unforgiving display from an outfit that, while making some errors, left Australia chasing throughout the entire nail-biting contest.

The loss is the Diamonds’ first to the world No2 Silver Ferns in nearly two years, with the last coming in September 2013. It also means their trans-Tasman rivals finished at the top of Pool A and take a psychological edge as they head into the qualification rounds.

The Silver Ferns pounced on Australia’s unsteady start, building momentum throughout the second quarter as the Diamonds struggled to get the ball into their attacking third.

The Netball World Cup final is on 16 August.