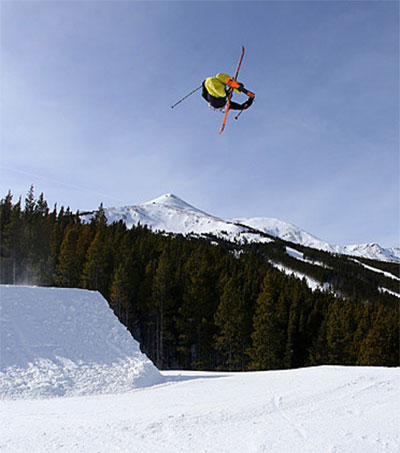 New Zealand is one of the greatest places on earth, according to 23-year-old British slopestyle ski star James Woods, who just spent the season here winning both the North Face Freeski Open and the FIS Slopestyle World Cup.

“I’m mega proud of myself to have got two first places – winning the World Cup, that’s achieving an ultimate goal. But honestly, my highlight is just to be here,” Woods told the Telegraph.

“The mountains aren’t as extensive in New Zealand [compared to the northern hemisphere]; but the biggest difference is it feels like summer. You don’t live in the snow here; you drive up to it in about 40 minutes. That’s an experience in itself. It’s awesome – you get brilliant conditions up in the mountains, but down in the valley it’s shorts and tee-shirt weather, and I get to go mountain biking and surfing. It feels like a holiday.

“I love the south season, because the stress is minimal. The pace is really chilled and it feels like I’m on my summer holiday.”