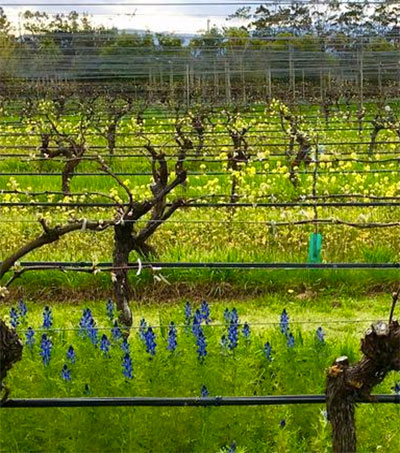 “Marlborough Sauvignon Blanc is like no other wine on Earth,” according to Los Angeles Times wine critic Patrick Comiskey. “It’s one of the most recognisable, aromatically peremptory wines in the world. So imagine you’re the brothers Giesen –Marlborough winemakers Theo, Alex and Marcel – and you wanted to make a Sauvignon Blanc that stood out from all [those eventually made by large wine companies such as Gallo, Constellation and Pernod Ricard]?”

“What if you had acquired vineyards, farmed them organically and seen the vines that issued the fruit that went into the wines that filled the shelves get older and more compelling than could simply be conveyed in a mass-market bottling?” Comiskey asks. “What if your wine was inherently more interesting than what the commercial paradigm demanded? What if it was capable of exhibiting sensory realms outside of, let’s say, the merely uric? And exactly what were your options when the world’s perception of the most important wine in the playbook was seemingly indelible?

“‘It was a stylistic clutch in a way,” winemaker brother Marcel Giesen says. ‘The Marlborough style was something we were all aware of; could there be a textural, mineral side? Would the earth have a loud enough voice to be heard? That was relatively unknown.’

“The brothers produce no less than eight Sauvignon Blanc bottlings, drawing in large part from a diligent exploration of their older vineyards, from the seaside plantings of Wairau to the gently rolling slopes of the Southern Valley.

“In 2008 Giesen had one of its largest harvests ever, and with it an opportunity to bottle some of the more distinctive sites in special bottlings. This was so successful that in subsequent years they farmed parts of their older vineyards for smaller yields; the harvested fruit was fermented with indigenous yeasts and aged in large German oak barrels (called Fuder), which lent some roundness, suppleness, and a bit of spice to the texture. The following year they produced a barrel fermented Sauvignon Blanc called the August 1888 named after their grandfather (who was a wine steward, well before it was fashionable).

“The quantities of these wines are still minimal, dwarfed by the Giesen’s 700,000-case commercial bottling; but they’ll help to broaden the stylistic definition of a once narrowly defined category and dispel any lingering notions that the country’s Sauvignon Blanc can all be painted with the same broad brush.”