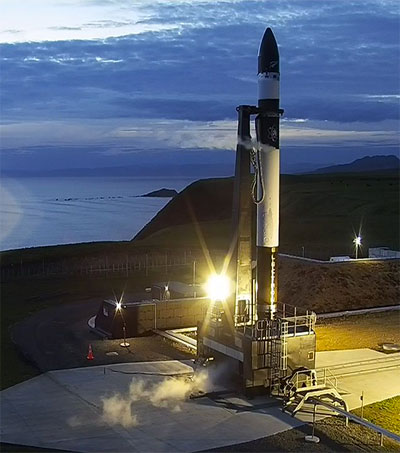 Joyce congratulated Rocket Lab’s chief executive and founder Peter Beck and his team “who have worked hard to achieve this,” saying that “it is their innovation and perseverance that has made this day possible.”

Joyce said that he was “looking forward to the first launches from Mahia expected later this year, with more to come next year when Rocket Lab launches with commercial payloads.”

“Rocket Lab is just one of the most visible of hundreds of new generation Kiwi hi-tech companies that are rapidly growing high-value exports and leading New Zealand into a hi-tech future,” he said.

Rocket Lab is headquartered in California with facilities on New Zealand’s East Coast and in Auckland. It was founded in 2006 by Beck, the company’s CEO and CTO.

Rocket Lab will be a catalyst for other space-related activity in New Zealand, the minister said.

The New Zealand Space Agency will be capitalising on Rocket Lab launches to help build New Zealand’s capacity and expertise in all manner of space-related activities and will support the strategic opportunities that are likely to flow, Joyce said.