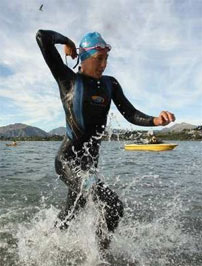 “New Zealand already has lush rainforests and sandy beaches, bungee jumping and scuba diving, gourmet restaurants and lively night life, even a thriving tech community that has drawn investment from the likes of Peter Thiel,” Los Angeles Times’ technology reporter Jessica Guynn writes. “Now the country has something else the rest of the world does not: Facebook’s new Timeline feature. New Zealand is getting first crack at the major redesign of the profile page. Key to the decision: It’s English speaking and very far away from Silicon Valley. That’s according to Sam Lessin, product director of Timeline, who told the New Zealand Herald: ‘We chose New Zealand to be first. It’s far away from our data centers, so we can monitor speed and performance.’ It may also have something to do with the country having about 4.4 million people, 2 million of whom are on Facebook.”